To help you understand some of the business and organizational projects we deal with on a regular basis, we’ve provided some actual client solutions below where Quickbooks was implemented.

Providing the Services You Don’t Have Time For Yourself

One client was a genius at creating companies and owned several when he contacted The Office on the Go for help.

Although adept at perceiving business and product needs, creative in his approach to solving them, and possessing the boundless energy required to juggle multiple projects, his lack of basic accounting and maintaining records was becoming quite an issue.

By the time he approached us, he was in serious trouble. He had not filed tax returns for many years, and the paperwork and loose financial data for all his various enterprises could be found in boxes—unsorted, unorganized and only somewhat by year. To make matters worse, his personal financial data was also in the boxes. The IRS was at his door, and the deadline to avoid leans and tax levy was fast approaching.

Unlike David, this is the type of challenge we relish! One of the Office on the Go’s strengths, in fact, is turning chaos into order. We organized his documents by year and separated his various companies’ paperwork from his personal financials. We returned everything to him in a format his accountant was able to use to file his back returns—and satisfy the IRS.

With her bookkeeper out sick for a week, a business owner took the opportunity to check the company’s online bank balance. What she found were significant differences between the bank’s financials and her books, including numerous missing entries.

When she called in the Office on the Go, we discovered that very little actual bookkeeping had been done over the past six months. We combed through credit card and bank statements, payroll, loans, and interest, discovering—among other inconsistencies—that some of the credit cards were not even on the books. Over a period of several weeks, we reconciled all bank and credit card transactions and balanced the books, in the process discovering that the firm’s CPA actually had no idea the company held a loan.

Recently, a small company whose books had never been reconciled called us for help. Checks had been entered as credit card charges, and deposits were shown as credit card refunds. Our first task was to correct the problems this created. We then set up a system for correctly entering payroll. Once we had done our work, the company was able to discuss the issues with its accountant, they had to re-file the tax return.

When the manager/bookkeeper of a nonprofit mismanaged funds into a debt load of $350,000, the board’s treasurer turned to the Office on the Go for help. Walking into a mess that threatened the nonprofit’s credibility and reputation, we were faced with broken contracts and a long line of angry creditors.

We immediately took over the books and drew up six-month and 12-month plans. Within a year, creditors were receiving regular payments or had been paid off. The agency was back in the black through solid financial planning and effective negotiations.

We hate Spam too! 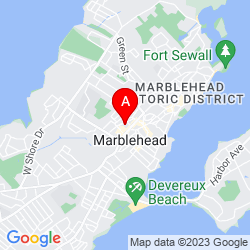